The Original "Panama Hat", a Legend, a Lifestyle 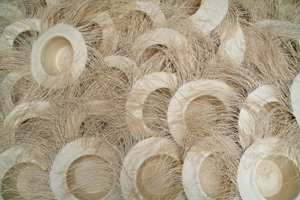 Original Panama hats have an ironic and charming history. As unique as the artisans who create these stylish hats, each Panama hat is woven from natural fibre of a palm-like plant known as Paja Toquilla (or Carludovica Palmata), grown only in two regions of Ecuador, and at altitudes of no more than 1,000 metres.

In the 16th century when Spaniards first arrived in South America, they found native people wearing head coverings made of straw from the Carludovica Palmata plant. Spaniards encouraged locals to produce Spanish-influenced hats and, over time, these handmade Straw Toquilla hats evolved into the brimmed straw hats known today as "Panama" hats.

In the 18th century these Ecuadorian-crafted hats made their way to Panama. The workers on the Panama Canal wore these straw hats to guard them from the sun heat, while the tightly woven hat could double as a bucket to hold water.

Tourist and traders began purchasing the hats at Panamanian ports and the "Panama" hats began to make their way across the world.

The Panama hat first marked its place in history when it was showcased at the World Fair in Paris in the mid-1800s, receiving worldwide attention and becoming the defining fashion accessory for the elite. 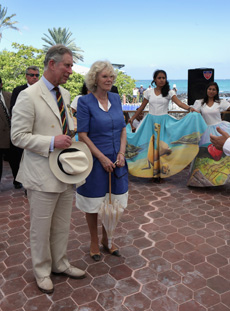 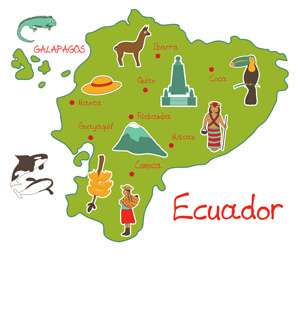 For so many years, Panama hats have been worn by trendsetters worldwide such as notable world leaders Winston Churchill, Nikita Khrushchev, The Prince of Wales wore one to the races, European royalty, international celebrities, and U.S. Presidents such as Harry Truman and Theodore Roosevelt – who appeared in a New York Times photo wearing a Panama hat on a visit to the Panama Canal construction site in 1906. Panama hats are as much a legend as the extraordinary men and women who have donned them to make them popular.

UNESCO (the United Nations Educational, Scientific and Cultural Organization) recently recognized the Ecuadorian art of weaving a genuine Panama hat as an Intangible Cultural Heritage, a term used to define practices, traditions, knowledge and skills communities pass down from generation to generation as part of their cultural heritage.

Most people don't know that the Panama hat actually originated in Ecuador, not Panama, as the name suggests and the finest Panama hats are hand-crafted by artisans in the small town of Montecristi, Ecuador. Moreover, each hat is unique and can take from one to six months for a true master weaver to complete.

The Panama hat remains at the forefront of fashion today worn by numerous world figures, movie actors, celebrities, intellectuals, writers, painters, socialites, and others all over the world.

We invite you to eenjoy our luxury of a hand-woven naturally made Genuine Panama Hat from Ecuador!